Dazzling stage sets, performers from around the globe, modern hits and timeless classics come together on board to create lavish production shows.

As the winner of the Cruise Passenger Reader's Choice Award for "Best Cruise Line for Onboard Entertainment," Princess Cruises® offers a wide selection of exclusive action-packed and awe-inspiring shows. With elaborate set design, world-class singers and dancers, and innovative technology, each onboard production immerses guests into a world of fantastic sights and sounds.

Immerse yourself in one of the most technologically advanced productions at sea! Journey with Gamer-1 as he battles different levels and characters within 5-Skies, the greatest virtual reality game of all time.

Relive your childhood through a playful production from the creative minds of the Jim Henson Company featuring a series of sketches and vignettes peformed by new characters through live puppeteers. This original production has laughs for all ages.

Celebrate some of the most memorable dance numbers on Broadway with this exclusive show produced by Oscar® Award winning composer Stephen Schwartz. From “West Side Story” to “A Chorus Line”, “Chicago” and more, sing along to Broadway’s most magical moments.

This sequel to the hugely successful "Bravo...A Regal Celebration" features a new repetoire of operatic pop songs and elegant performances enhanced by an orchestra and spellbinding set.

Meet a colorful cast of characters on a fairground and watch them fall in love through a medley of the world's greatest pop songs.

Visually stunning and technologically astounding, this show has everything from aerialists and 3D imagery to a choreographed drone performance accompied by high energy rock music.

The Voice of the Ocean

Watch as guests compete live as they try to sing their way to the winning title of the Voice of the Ocean. Complete with judges in revolving chairs, this live-action show encompasses all the exciting elements of one of the world's most popular competitive singing tv shows.

Movies Under the Stars®

Relax under a canopy of stars while watching your favorite film from the pool deck's 300 square-foot screen. With a 69,000 watt sound system, you're sure to get an amazing outdoor theater experience.

Whether you wish to be wowed by some of the most clever magic tricks, or brought to tears of laughter from a comic hailing from Comedy Central, there are plenty of shows not to be missed.

On Board: There’s Stargazing on the top deck and activities inspired by hit shows, such as Shark Week, Finding Bigfoot, Deadliest Catch and more.

Ashore: Get the most out of your vacation with DiscoveryTM and Animal PlanetTM Recommended Tours- plus Exclusive tours only available from Princess.

Connect with a travel advisor today to set sell with World-Class entertainment and Princess Cruises. 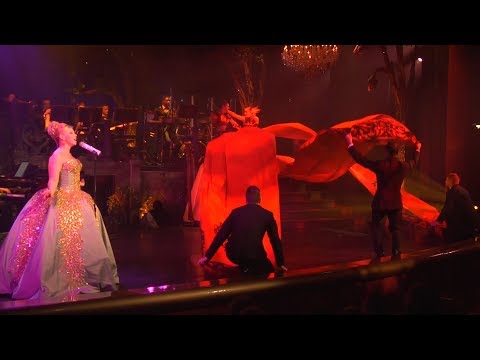 From relaxing pursuits and enriching activities to world-class entertainment and gourmet cuisine, when you step aboard a Princess ship, you are setting a course for a world of wonderful new discoveries. Today, Princess Cruise Line has grown to become the third largest cruise line in the world, renowned for innovative ships, an array of onboard options and an environment of exceptional customer service. Princess carries 1.7 million guests each year to destinations around the globe ranging in length from three to 114 days, allowing you to see the world and connect to what matters most.

Alaska - A Destination For All
Alaska offers discovery and reconnection that everyone from grandkids to grandparents can share More details...

New To Cruising? Discover Why Princess®

Learn more about sailing with Princess® and connect to what matters most.

Contact a travel advisor for more information on cruising with Princess Cruises.

Sign-up and let us be your resource for all things travel.
Stay up to date on travel promotions or get travel inspiration.