Feel Free to be Entertained with Norwegian Cruise Line

When you sail with Norwegian Cruise Line you'll have plenty of options when it comes to onboard entertainment and ways to enrich your cruise vacation.

When it comes to award-winning entertainment, you won't believe your eyes or even your ears. Acrobats soar while jaws drop during the dazzling performances of Cirque Dreams®. Get your glitter on with the heartwarming musical Priscilla Queen of the Desert. Witness music history come alive with Legends in Concert. It's showtime - on all of Norwegian's ships.

After Midnight - on Norwegian Escape

Travel back in time to the jazz era and witness Duke Ellington's greatest hits at Harlem's Cotton Club. This Tony® Award-winning musical combines big-band jazz numbers with catchy choreography straight from Broadway to the stage of the Escape Theater.

This six-time Tony® Award winning feel-good musical features music and lyrics written by Cyndi Lauper and explores the true story of an unlikely friendship between a down on his luck shoe factory owner and a cabaret performing drag queen who team up to create a line of high heeled boots that save the day!

Journey from the gritty streets of Jersey to glamour and international fame as you follow the incredible true story of Frankie Valli and The Four Seasons.

Priscilla Queen of the Desert - on Norwegian Epic

Immerse yourself in disco fever and journey with three divas as they perform through the Australian outback. With an array of over 500 colorful costumes 200 headpieces, this show is both a grand spectacle of sight and sound!

The six wives of Henry VIII sing of 500 years of heartbreak and take back their girl power with this glittery and glamorous award-winning musical.

Witness the hottest dance routines straight from ballroom competitions around the globe. This world-renowned dance team brings their favorite performances guaranteed to make your hips sway and toes tap to the beat!

Dine under the big top while acrobats, aerialists and musicians surround you in this immersive and unique experience at sea! This spectacle is a must-see for all ages!

Sing along with the World's Greatest Rock and Roll Dueling Piano show. This interactive performance has even the shyest of singers wailing notes and laughter at this unique onboard venue.

Travel to Liverpool, England, grab a pint, and join the Beatles coverband for an intimate set of the Beatles' greatest hits.

Legends in Concert - on Norwegian Pearl

Heralded as the longest-running tribute show in entertainment, this production brings together the world's greatest celebrity tribute artists from Lady Gaga and Michael Jackson to Adele and Tina Turner, for a celebration of the best musical numbers of all time.

Relive your favorite rock songs and pub tunes in the most entertaining English pub at sea! Sit back, grab a pint and toast to your favorite sing-a-long songs of all time.

Welcome to Madam Lulu's New Orleans speakeasy where the you can embibe on specialty cocktails straight from the Prohibition era and witness tales and tunes from the scandalous south.

Are you ready to be entertained? Connect with a travel advisor today to start planning your Norwegian cruise. 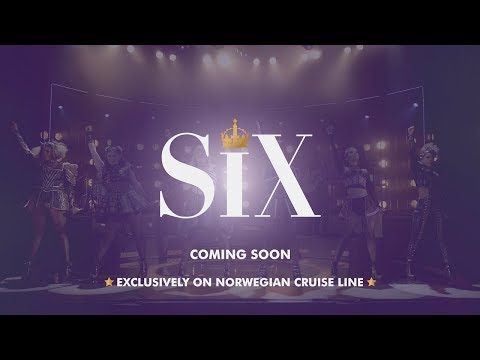 With Norwegian Cruise Line you can cruise without a schedule, cruise the way you want, to almost anywhere in the world. A wide-range of dining options await to indulge everyone's tastes buds, at all hours of the day or night. Get pampered at the spa. Get your heart racing at the state-of-the-art fitness center. Catch a Broadway calibre show. Enjoy a cocktail at one the dozens of bars & lounges or get your groove on till the wee hours. Norwegian's award-winning ships are designed for you to enjoy as you choose while cruising to beautiful destinations around the world. Take to the sea and find out what it means to Feel Free.

Contact a travel advisor for more information on cruising with Norwegian Cruise Line.

Sign-up and let us be your resource for all things travel.
Stay up to date on travel promotions or get travel inspiration.